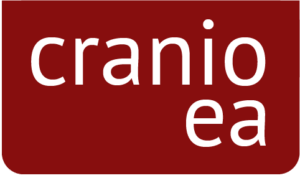 History and Foundation of Craniosacral Therapy

Andrew Still was an American physician, surgeon and the founder of osteopathy and osteopathic medicine. As a son of a Methodist minister and physician, medicine and religion were already very intertwined in his upbringing.
At a young age, Andrew decided to follow in his father’s footsteps as a physician. He was always looking for a deeper understanding of disease and new ways to restore health. He was also a deeply religious man, regarding spirituality as inseparable from the science of healing.
Before the Civil War, Still witnessed the death of his first wife, and two of his children. He remarried and after the Civil War, three of his children died from meningitis and another died of pneumonia. The experience of such extreme personal loss, despite medical care, left Still completely heartbroken.
With earnest, he began to look for a new understanding of health and disease, and prayed intensely for new insights. A short while later, the basic principles of osteopathy opened up for him. He was shown in prayer that the human body works as a unified whole and has a tendency to regulate itself from the inside. He was shown that structure and function are closely related and interdependent, and that the mobility of all structures is a pre-requisite for the body’s health.

The foundation of osteopathy can also be applied to Craniosacral Therapy (CST).

‘When every part of the machine is correctly adjusted and in perfect harmony, health will hold dominion over the human organism by laws as natural and immutable as the laws of gravity. ‘ — A. T. Still

‘Any variation from the health has a cause, and the cause has a location.  It is the business of the osteopath to locate and remove it (the cause), doing away with disease and getting health instead. ‘  — A. T. Still

‘To find health should be the object of the doctor. Anyone can find disease. ‘  — A. T. Still

William Garner Sutherland was born in Wisconsin, USA, and initially worked as a journalist and editor of the Daily Herald in Minnesota. He heard of Dr Andrew Still who performed an art called osteopathy, and was so inspired that he enrolling in the American School of Osteopathy (ASO). He was an incredibly bright student and graduated in 1898 at the age of 25.
During his time at ASO, he made an observation that would change not only his life, but the lives of many osteopaths and patients.
Whilst examining the temporal bone of a human skull that had been separated bone by bone, he noticed that the places where the bones articulate were bevelled ‘like the gills of a fish’. Recalling what Dr. Still had taught about how every structure exists because it performs a particular function, and concluding that similar structures would also have similar functions, he had a flash of insight as he realised that the bones of the skull indicate a sense of motion and of respiration, just like on a fish.
This was the launching point for him and so began the study of osteopathy in the cranial field.  He studied and worked on it for 30 years before he going public with his discoveries. Thanks to his work, we now know that the individual skull bones perform certain movements.
Sutherland was very experimental and distinguished himself by his humour and attention to detail. He stressed that the human system is ordered by a mysterious Presence that he called the Breath of Life.
In the last 10 years of his clinical practice, he became especially attuned to the presence of the Breath of Life and its action within the human system. He shifted from a rather mechanical and analytical technique in his early work, to finer observations orientated towards the inherent forces that facilitate healing.  This coincided with a change in his use of language from a predominantly biomechanicalone to a more fully biodynamicone.

‘Be still and know’, he said once to a particularly inquisitive student.

‘Within that cerebrospinal fluid, there is an invisible element that I refer to as the Breath of Life. I want you to visualise this Breath of Life as a fluid within this fluid, something that does not mix, something that has potency as the thing that makes it move. Is it necessary to know what makes the fluid move? Visualise a potency, an intelligent potency, that is more intelligent than your own human mentality.’ – W.G. Sutherland

Dr. John Uplodger was born in Detroit, Michigan. He became a doctor of osteopathy, a general practitioner and a surgeon.
In 1971, as a young osteopath assisting with a spinal surgery, he was amazed to see a low, pulsating movement in the patient’s spinal meninges. He tried to hold the membrane still but wasn’t able to as the pulse was so insistent.
From 1975 to 1983, as professor and clinical researcher at Michigan State University, he led a team to investigate this mysterious pulse and the notion expressed by Dr. William Sutherland in the 1930s that the cranial bones of the skull moved subtly and rhythmically.
Through his research, he reframed the work from a scientific perspective, and developed CranioSacral Therapy, an offshoot of cranial osteopathy (or osteopathy in the cranial field), which William Garner Sutherland developed in the 1930s.
In 1985, he established the Upledger Clinic in Palm Beach Gardens, Florida, as well as the companion Upledger Institute, which began to train therapists around the world.  His institute was the first to train ‘non-osteopaths’ in CraniaSacral Therapy.
He also founded the ‘SomaticEmotional Release’ method and introduced trauma work, which incorporated emotional work into CranioSacral Therapy for the first time.

Upledger, a powerful and charismatic man contributed significantly to the wide dissemination and popularity of craniosacral therapy. The Upledger Institute still exists today and continues to teach CST in the traditional way.

‘The craniosacral system is the place where body, mind and soul come together.’ – Dr. John E. Upledger

“What we do is take away obstacles, like removing stones from the road.’ – Dr. John E. Upledge